Today we took a trip with Kaku to Silver Falls State Park just outside of Salem, Oregon. We’d been planning this trip for a while, but the weekend weather and other plans always seemed to get in the way. But we planned ahead this time to make sure the weather was good and that we were all free.

It was a great trip. The weather was perfect, and the hike was pretty easy. (I say “pretty easy” because I’m horribly out of shape, and one of the up-hill patches was a little tough for me. Resolution: get in shape.) First, we headed to the South Falls. Before we got there, however, we took a brief detour to Frenchie Falls. As you can tell, Andrew and Kaku were far from impressed by what they called “The Surrender-Monkey Falls”: 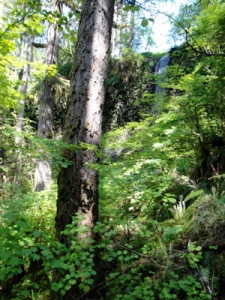 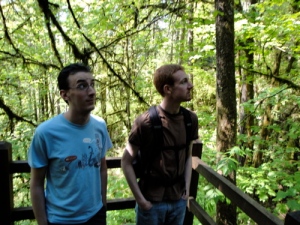 The South Falls were a little more in size with what we wanted to see. It had a nice path that lead behind the falls, and on that path, you could see all the erosion “chimneys” where water had worn away at the rock. 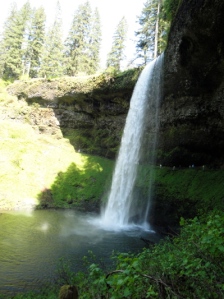 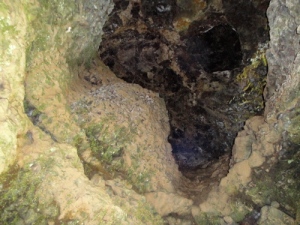 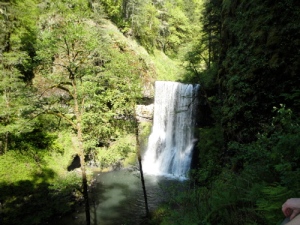 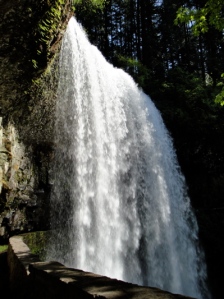 Then we hiked up Maple Ridge Trail back to the parking lot and from there drove over to North Falls. If we’d had more time, we might have hiked it, but since we didn’t get to the park until about 2:30, and still wanted to get home for pizza-making, we decided to utilize our modern amenities. Didn’t bring my camera for North Falls, which is too bad, because it was nice and tall. It reminded me of Richenbach Falls in Switzerland.

And now we’re back, making pizza! Later, we’re going to head to The Wooden Chicken for some cocktails. ^_^