Over the past few years, I’ve had the opportunity to watch something of a pattern in my creative life unfold: I appear to cycle through times of editing/submitting and times of drafting new work.

I believe it all started in college when I attempted what my mother (also an aspiring writer) and I both called a “Chekhov Year” in which we tried to write one new short story a week. These weren’t polished stories, as Chekhov would have written in his suggestion to his brother to write a minimum of a short story a week. My no! These were ratty, crazy, usually whipped-off on Friday afternoon in a panic kind of stories. Overall, I managed to write 46 short stories (or mangled corpses of short stories) in that single year, and I have to credit that attempt with teaching me a huge amount of what it means to both conceive-of and then execute a short story. Of those stories I wrote, one was “Mimicry” which eventually saw publication in Leading Edge Magazine (the second story I wrote that year). There are others still kicking around in my tub o’ fiction that contain ideas worth revisiting, even if the writing wasn’t up to snuff that week. The biggest lesson I learned, however, was that I could come up with ideas at the drop of a hat. They weren’t always good ideas, but clearing out the crappy ideas also opened up whole new realms of awesome ideas that I otherwise wouldn’t have gotten around to thinking about. It was something like a creative mental purge–get all those crusty, dusty story ideas that have been clogging up the creative pipes out on paper, and see what’s lurking behind them. It was liberating, and exciting. Over that year I developed a much better grip on how to think about a story before I wrote it so that I could make sure it didn’t automatically devolve into a novellette or novella (as previously they had been prone to do). I learned how to pare down a story at it’s seedling-level before I even put a word on paper so that I knew I was writing a short story and not biting off too much for one week.

The trick with writing so many short story drafts is that they’re still–at the end of the year–drafts. They’re not ready to be submitted, they’re barely ready to be read by beta readers. They’re scruffy messes, and they need dedicated time and care to fix.

Lately, I’ve been in an editing kick. The last two years, I’ve done very well writing new words every day and pounding out a lot of drafts of short stories and longer works. Problem is? I haven’t spent almost any of that time editing. I’m not as confident approaching edits. I’m not as experienced in fixing problems I see in my work. But lately, I’ve been feeling the submission itch. Wanting to submit has driven a number of rough drafts to my attention that with some work might be worth polishing up. I spoke about this earlier when I decided to drop the one-new, one-edit per week plan late last month, but it does seem that at least at this point in time, I can either edit short fiction or I can write it, but I can’t do both simultaneously on different projects.

It’s made me think about my mother’s comment a few years ago that I seem to go in cycles: writing lots of new work, and then spending a lot of time going back to those previously written works to fix them up and get them submitted. Who knows if this’ll be my process for the long-run, but I’m trying to let the writing take its own course on this, and see what happens. 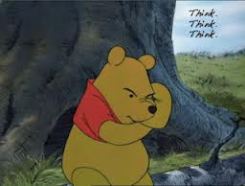 Current Editing Project: Nobody Here But Us Monsters (Revision Edit–2nd Pass)
Accomplished in Edits: “Think, think, think.” So I finished the full rewrite on this a couple of weeks ago, so it’s time now to revisit and try to whip it into submittable shape. The verdict as of today: Oof. There’s going to be a lot of work to do. Spent most of my writing time today re-reading what I rewrote before and trying to wrap my head around even the most basic tasks at hand for this one. This is what I’ve come up with so far:

1) I’d like to pare it down to around 5,600 (currently at 7,400), which is about a quarter shorter. It’s pretty verbose, though, so I’m not anticipating too much challenge on that part.

2) I’d like to go through with Jim Butcher’s Scenes and Sequels checklist and see if this story adheres to that, at least on a rudimentary level. I feel like this might be a useful exercise anyway, and it might reveal some of the problem spots I can feel lurking there, but just can’t quite visualize.

3) DONE!—I wanted to go through and check the word-count per scene, and take a look at the 25/50/25 split between what would be considered Act One, Act Two, and Act Three.–At the moment, the tail end is a bit heavy, and the middle isn’t maybe as weighted as it could be. Ideally, it’ll split closer (though likely not exactly) 1400/2800/1400, and I’m not too far off from being able to achieve that, especially once I pare the whole thing down a little.

So some good thinking progress, but it’s always a bit daunting at this early stage when it seems like *everything* is a little bit wrong, and so few things seem even a little bit right. Joy, joy, joy. :)