…So this year has been pathetic reading-wise so far. I mean, I’ve literally finished ONE BOOK, Haruki Murakami’s South of the Border, West of the Sun. Looking critically at why this seems to be, compared to last year when I read up a storm, I can point to at least a renewed mini-obession with Minecraft and a new obsession with knitting, both of which tend to take up my post-writing/post-house-tidying time in the evenings where reading used to be a bit more. I also haven’t been house-tidying before writing (because: writing), which has been great for the word counts but bad, bad, bad for A) keeping a tidy kitchen/living room, and B) listening to audiobooks, which is what I typically do while tidying. I also haven’t been reading while Bug watches his bit of TV for the day, which used to be my guaranteed reading time. What have I been doing instead? Eeeeh…surfing Pinterest. Probably.

Couple all that with a general meh-feeling about the books I had in the queue and some traveling with a 2.5 year old, and in some ways I guess I’m not surprised this year has been so awful for reading thus far. But the plan is to change that by devoting some serious time to reading in the coming weeks/months and trying to get back on track for this year’s reading goal.

We’ll see how it goes. In the meantime, the current queue is as follows: 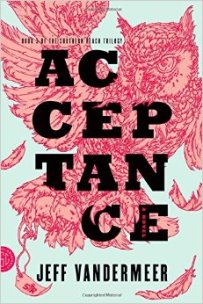 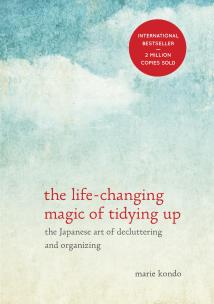 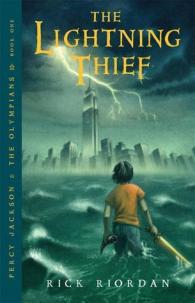 The Marriage of Cadmus and Harmony – Still early days with this one, but I borrowed it from a friend at Christmas, and the bit I’ve read so far, I’ve really enjoyed. I just need to get some quiet tea-time reading in some evening and make some headway.

Acceptance – Just started the audiobook for this one. So far, it’s a bit slower than the other two, but it’s still got a fair bit of that creep-factor which I love. As I get back into an evening tidying habit, I’ll probably make decent headway on this one.

The Life-Changing Magic of Tidying Up – I haven’t technically started this one, but I *did* order it yesterday, so once it comes, I’ll probably jump right into it.

The Lightning Thief – I’m about a quarter of the way through this one so far, and I’m actually really enjoying it. It’s a modern children’s/young YA book I’ve been meaning to read for ages, and it’s nice to get to it at last.

Die Empty – I’m about a third through the follow up to The Accidental Creative, and so far I have not been as enthused this time around. It’s all fine, and I’m still holding out hope that something in it will spark something insightful about my process or creative life, but so far, it seems a bit more muddled than TAC and not nearly as engaging.

The Year’s Best DF & H 2014 – This is the one I held over from last year’s unfinished books, and I really do want to keep plowing through it. I’m 222 pages in, and even though the last time I picked it up was several months ago at this point, I still think about a lot of the stories I’ve read so far (which to me is a sign of excellent writing). Again, just a matter of making time.